How to Be a Good Ally to Trans People 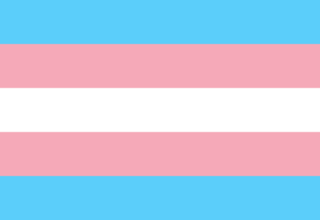 To celebrate Trans Awareness Week, we’ve put together the following tips that can be used as you move toward becoming a better ally to trans people. Of course, this list isn’t exhaustive and cannot include all the "right" things to do or say because often there is no one "right" answer to every situation you might encounter.
When you become an ally to trans people, your actions will help change the culture, making society a better, safer place for trans people and for all people (trans or not) who do not conform to conventional gender expectations.

You can't tell if someone is trans just by looking.

Transgender people don't look any certain way or come from any one background. Many trans people do not appear "visibly trans," meaning they are not perceived to be trans by others. It is not possible to look around a room and "see" if there are any trans people. (It would be like a person looking around the room to "see" if there are any gay people). You should assume that there may be trans people at any gathering or in any space.

If you don't know what pronouns to use, listen first.

If you're unsure which pronoun a person uses, listen first to the pronoun other people use when referring to them. Someone who knows the person well will probably use the correct pronoun. If you must ask which pronoun the person uses, start with your own. For example, "Hi, I'm Alex and I use the pronouns he and him. What about you?" Then use that person's pronoun and encourage others to do so. If you accidently use the wrong pronoun, apologize quickly and sincerely, then move on. The bigger deal you make out of the situation, the more uncomfortable it is for everyone.

Don't ask a trans person what their "real name" is.

For some trans people, being associated with their birth name (often known as their “deadname”) is a huge source of anxiety, or it is simply a part of their life they wish to leave behind. Respect the name a trans person is currently using. If you happen to know the name someone was given at birth but no longer uses, don't share it without the person's explicit permission. Similarly, don't share photos of someone from before their transition, unless you have their permission.

"Coming out" to other people as lesbian, gay, bisexual etc. is typically seen as revealing a truth that allows other people to know your authentic self. The cisgender LGBT+ community places great importance and value on the idea of being "out" in order to be happy and whole. When a trans person has transitioned and is living their life as their authentic self--that is their truth. The world now sees them as who they truly are. Unfortunately, it can often feel disempowering for a trans person to disclose to other people that they are trans. Sometimes when other people learn a person is trans, they no longer see the person as "real." Some people may choose to publicly discuss their gender history in an effort to raise awareness and make cultural change, but please don't assume that it's necessary for a trans person to disclose that they are trans in order to feel happy and whole.

Be careful about confidentiality, disclosure, and "outing."

Some trans people feel comfortable disclosing their gender history, and some do not. A trans person's gender history is personal information and it is up to them to share it with others. Do not casually share this information, speculate, or gossip about a person you know or think is trans. Not only is this an invasion of privacy, it also can have negative consequences in a world that is very intolerant of gender diversity. Trans people can lose jobs, housing, friends, or even their lives when other people find out about their gender history.

Respect the terminology a trans person uses to describe their identity.

Trans people use many different terms to describe their experiences. Respect the term (transgender, transsexual, non-binary, genderqueer etc.) a person uses to describe themselves. If a person is not sure of which identity label fits them best, give them the time to figure it out for themselves and don't tell them which term you think they should use. You wouldn't like your identity to be defined by others, so please allow others to define themselves.

Be patient with a person who is questioning or exploring their gender identity.

A person who is questioning or exploring their gender identity may take some time to figure out what's true for them. They might, for example, use a name or pronoun, and then decide at a later time to change the name or pronoun again. Do your best to be respectful and use the name and pronoun requested.

Understand there is no "right" or "wrong" way to transition, and that it is different for every person.

Some trans people access medical care like hormones and surgeries as part of their transition to align their bodies with their gender identity. Some trans people want their authentic gender identity to be recognized without hormones or surgery. Some trans people cannot access medical care, hormones, and/or surgeries due to a lack of financial resources or access to healthcare. A trans person's identity is not dependent on medical procedures or their physicality. Accept that if someone tells you they are trans, they are.

You may hear transphobic comments from anti-LGBTQ activists, but you may also hear them from cis queer people. Someone may think that because they're gay, it's ok for them to use certain words or tell jokes about trans people. It's important to challenge transphobic remarks or jokes whenever they're said and no matter who says them.

Some trans and gender non-conforming people may not feel like they match the signs on the restroom door. Encourage schools, businesses, and agencies to have single user, unisex and/or all-gender restroom options. Make it clear that trans and gender non-conforming people are welcome to use whichever restroom they feel comfortable using.
Help make your company or group truly trans-inclusive.

"LGBTQ" is now a commonplace term that joins lesbian, gay, bisexual, queer, and trans people under the same acronym. If you are part of a company or group that says it's LGBTQ-inclusive, remember that trans people face unique challenges, and that being LGBTQ-inclusive means truly understanding the needs of the trans community and implementing policies address that them.

At meetings and events, set an inclusive tone.

In a group setting, identify people by articles of clothing instead of using gendered language. For example, the "person in the blue shirt," instead of the "woman in the front." Similarly, "Sir" and "Madam" are best avoided. If bathrooms in the space are not already all-gender, ask if it's possible to put an all-gender sign on them. In some circumstances, where not everyone is known, consider asking people to introduce themselves with their names and pronouns. For example, "Hi, I'm Nick and I use he/him pronouns." Start with yourself and use a serious tone that will discourage others from dismissing the activity with a joke. However, if you feel this practice will have the effect of singling out the trans people in the room or putting them on the spot, avoid it. Remember, it costs cis people nothing to share their pronouns, but for trans people it can be a very serious decision.

The best way to be an ally is to listen with an open mind to trans people speaking for themselves. Follow thought leaders in the transgender community. Check out books, films, YouTube channels, and trans blogs to find out more about trans people and the issues people within the community face.

Learn that trans people are not new.

Trans people have existed across cultures and throughout time and history. What is new is the heightened awareness of gender diversity and the trans community because of increased media attention in the last few decades. However, much of these media stories have speculated and projected about the experiences of transgender people rather than aggregating from first-hand accounts. DISCLOSURE, a documentary film on Netflix directed by Sam Feder and executive produced by Laverne Cox, surveys the history of trans representation in TV and film using archival footage and interviews with 30 trans advocates and artists working in the entertainment industry--revealing how media has deeply influenced public perception, policy, and understanding of trans people. Watch the documentary to understand how TV and film have taught trans and cis people how to feel about this community.

Know your own limits as an ally.

To find out more about how you can help, please don’t hesitate to contact lgbtnetwork@hud.ac.uk where you can be signposted to relevant websites, help-guides and people.